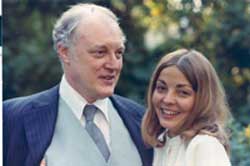 Leslie J. Workman is widely recognized as the founder of the academic subject known as medievalism: the study of the Middle Ages as an imaginative construct in western society since whenever the Middle Ages may be said to have ended. He himself defined the subject as “the continuing process of creating the Middle Ages.” Workman’s original contribution to the academy is the establishing of a network of scholars who studied the reception of medieval culture in postmedieval times. Although without academic appointment since the early 1980s, he managed to convince numerous colleagues of the value of the paradigm of medievalism studies. He began to organize the first conference sections on the topic in 1971 at the International Conference on Medieval Studies at Western Michigan University (Kalamazoo, Michigan).

In 1979, Workman founded the scholarly journal Studies in Medievalism, serving as its editor until 1999. Studies in Medievalism (SiM) has been the only academic journal dedicated entirely to the study of post-medieval images and perceptions of the Middle Ages. Initially privately published (1979 – 1990), it was adopted by Boydell & Brewer Publishers in Cambridge, UK. After Workman’s death, the publication was edited by Tom Shippey of St. Louis University. It is currently edited by Karl Fugelso (Towson University). As was Workman’s original intention, the journal welcomes articles on both scholarly and popular works, with particular interest in the interaction between scholarship and re-creation.

Workman originally conceived of The Year’s Work in Medievalism (YWiM) as a publishing venue not only for the Proceedings of the annual International Conference on Medievalism, but also for comprehensive field bibliographies, book reviews, and announcements of conferences and other events. However, it became mostly an outlet for shorter essays based on conference presentations. Gwendolyn Morgan, Montana State University, served as general editor for the proceedings series for many years. From 2011 to 2015, E. L. Risden (St. Norbert College) served as editor.  Since 2015, Valerie Johnson (University of Montevallo) and Renée Ward (University of Lincoln) have been serving as co-editors.

In 1998, colleagues and students recognized his extraordinary achievements with a Festschrift, Medievalism in the Modern World: Essays in Honour of Leslie J. Workman (Richard J. Utz and Tom Shippey, eds.).

Workman received his education at the Russell School, London, studied at Kings College, University of London (B.A. in History), and then served in the British Army in Egypt, Palestine, and Sudan from 1945 to 1948. In 1954 he emigrated to the United States and studied History at Columbia University and Ohio State University. Later he taught at Queens College of New York University, Muhlenberg College, (Allentown, PA), and Western College for Women (Oxford, OH). In 1983 he married Kathleen Verduin, a Professor of American Literature at Hope College, Holland, MI.