Essays on the use, and misuse, of the Middle Ages for political aims. 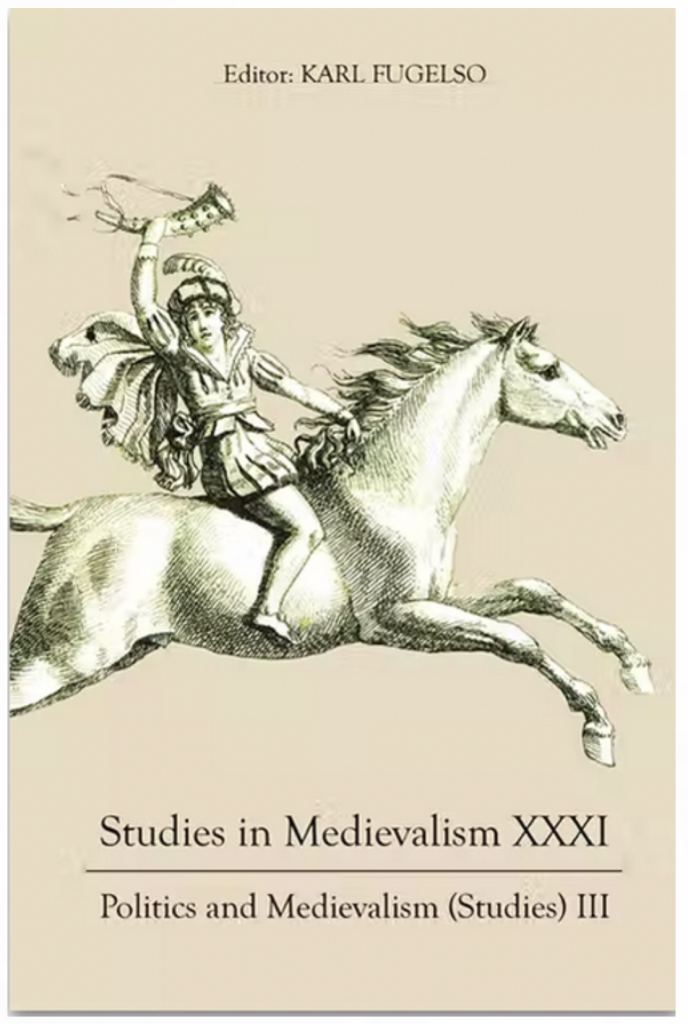 Like its two immediate predecessors, this volume tackles the most pressing and contentious issue in medievalism studies: how the Middle Ages have been subsequently deployed for political ends. The six essays in the first section directly address that concern with regard to Numa Denis Fustel de Coulanges’s contemporaneous responses to the 1871 Commune; the hypocrisy of the Robinhood App’s invocation of their namesake; misunderstood parallels and differences between the Covid-19 pandemic and medieval plagues; Peter Gill’s reworking of a major medieval Mystery play in his 2001 The York Realist; celebrations of medieval monks by the American alt-right; and medieval references in twenty-first-century novels by the American neo-Nazi Harold A. Covington. The approaches and conclusions of those essays are then tested in the second section’s seven articles as they examine widely discredited alt-right claims that strong kings ruled medieval Finland; Norse medievalism in WWI British and German propaganda; post-war Black appropriation of white jousting tournaments in the Antebellum South; early American references to the Merovingian Dynasty; Rudyard Kipling’s deployment of the Middle Ages to defend his beliefs; the reframing of St. Anthony by Agustina Bessa-Luís’s 1973 biography of him; and post-medieval Portuguese reworkings of the Goat-Foot-Lady and other medieval legends.

I: Politics and Medievalism (Studies)
—Public Medievalism: Fustel de Coulanges and the Case for “Diplomatic Negotiations” – Elizabeth Emery
—Rob from the Rich: The Neomedievalism of the Robinhood Stock App – Valerie B. Johnson
—Pandemic Politics: Deploying the Plague – M. J. Toswell
—Peter Gill and the Queering of The York Realist – Kevin J. Harty
—To be a Monkish Man: Medievalism, Monasticism, Education, and Gender in the United States’ Culture Wars – Jacob Doss
—Political Fictions: The “Aryan” Medievalisms of Harold A. Covington – Helen Young

This entry was posted in Publishing, Studies in Medievalism. Bookmark the permalink.