Posted on September 22, 2021 by postmedievalist 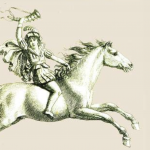 From Renaissance satires of courtly love, through Victorian jousts, to Arthurian video games, medievalism has often been central to play, and play has often been central to medievalism. Sometimes the Middle Ages serve as mere background or framework for play that would not change in other contexts. But frequently play is refracted through medievalism (and/or vice-versa) in such a way as to comment specifically on the Middle Ages, the interpreter’s circumstances, the purpose of play, and/or on medievalism. Studies in Medievalism, a peer-reviewed print and on-line publication, is therefore seeking not only feature articles of 6,000-12,000 words (including notes) on any postmedieval responses to the Middle Ages, but also essays of approximately 3,000 words (including notes) on the intersection of medievalism and play. How have the Middle Ages been adapted to one or more particular instances of postmedieval play? Why was that context selected above all other possibilities? What does that choice say about the Middle Ages, the interpreter, the interpreter’s circumstances, about play, and/or about medievalism? Where does play fit with the study of medievalism? In responding to these and related questions, contributors are invited to give particular examples, but their submissions, which should be sent to Karl Fugelso at kfugelso@towson.edu in English and Word by 1 June 2022, should also address the implications of those examples for the discipline as a whole. (Note that priority will be given to papers in the order they are received and submissions that have not been translated into fluent English will not be considered.)

This entry was posted in Publishing, Studies in Medievalism. Bookmark the permalink.