Posted on February 3, 2021 by postmedievalist 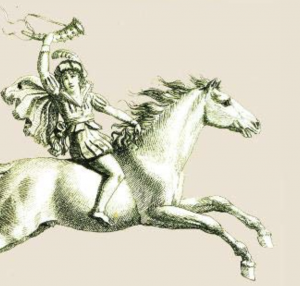 From Hitler’s “Third Reich” to Bush’s “crusade” against terrorism, professional politicians have often invoked the Middle Ages to justify their actions. But they are far from alone, for many of their constituents have also deployed medievalism for political purposes, as in condemning impoverished countries for “failing to escape” the Middle Ages. Indeed, much of medievalism, not to mention the study of it, has revolved around politics of one kind or another, as became evident from the unprecedented number of submissions to our two previous volume (XXIX & XXX) on this theme. Studies in Medievalism, a peer-reviewed print and on-line publication, is therefore once again seeking not only feature articles of 6,000-12,000 words (including notes) on any postmedieval responses to the Middle Ages, but also essays of approximately 3,000 words (including notes) on the intersection of medievalism (studies) and politics. How exactly have professional and amateur politicians misconstrued, mangled, and manipulated the Middle Ages and to what end? How have politics influenced the development of medievalism and/or study of it? In what sense, if any, is it possible to have medievalism (studies) without politics? How might medievalism otherwise be deployed in professional or amateur politics? In responding to these and related questions, contributors are invited to give particular examples, but their submissions, which should be sent to Karl Fugelso (kfugelso@towson.edu) in English and Word by August 1, 2021 (note that priority will be given to papers in the order they are received), should also address the implications of those examples for the discipline as a whole.

This entry was posted in Call for Submissions in Publishing, Publishing, Studies in Medievalism. Bookmark the permalink.